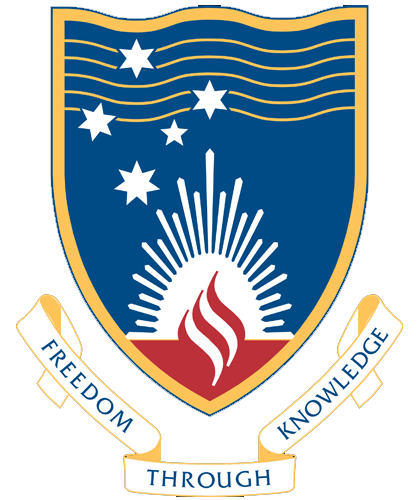 I successfully stole a bike once so, I thought I’d give it another shot. I never would’ve guessed however that stealing a bicycle from a thief would be more difficult than stealing from a policeman.

My mother didn’t believe me until she received a phone call from the Police six months after I had told her the truth.
“Good Morning, this is Sergeant Plodd calling from Northbridge Police, may I speak to Katherine please?”
“I’m sorry she’s living in Sydney now, may I be of assistance?”
“I’m just calling to check if Katherine has had no further trouble with her bicycle that was stolen.” He continued.
“Ah no, no trouble at all thank you officer.” Replied my astonished mother.

I’ll explain how I pulled it off so easily; excessive amounts of luck were on my side that day.


I finished work at the State Library at 5.30pm as I did every Saturday during my undergraduate years. I was off to the Brass Monkey Hotel to drink and play scrabble on the upstairs Chesterfields with my friends. Forecasting my drunkenness, I left my bicycle locked up outside the library. The following day I arrived at the library to find my bike missing. Why would anyone in their right mind steal this bike? It was the biggest pile of rubbish. To an impoverished student however, it was an immensely valuable asset, especially as I was madly saving money to participate in the Australian Youth Orchestra’s tour of the Americas.

Infuriated, I called the police to report the heinous crime. The policeman at the end of the phone diligently took the details; blue bike with gears and a green lock, reminding me that stolen bikes never found their rightful owners.

Fifteen minutes before the end of my shift the phone at my desk rang for the first time in my career at the library.
"Hello?" I answered enquiringly. "Hello Miss Walpole, I’d like you to come down to the station as a bicycle fitting your bicycle’s description has just been handed in."

I don’t ever recall praying in my life, but if I had, it had just paid off. I made myself known on arrival keen to identify my bicycle. I heard a bike being wheeled from out the back, it went tick tick tick as the precisely tune mechanics heralded its arrival. My heart sank, precision was the last word to describe my bike, it wasn’t mine. How will I cope without my bike? As I looked at the brand-new blue 10 speed racer with a green lock, the policeman said, “Is this your bike?” I nearly fell backwards as I heard my mouth say, “Yep”.
“Sign here please”, I signed, and the theft was almost complete. The bike was way too big for me, what did the policeman think as I fell from attempted mounts? It was far from an ideal getaway vehicle.

Riding on the success of my previous theft, I felt confident in the face of my second, five years later at 3am on the Herrengracht in Amsterdam. I was on holiday from Paris with my friend Patrick.

I had avoided the metro controllers for six months in Paris travelling ticketless. I felt the impending exhaustion of my luck and an alternate form of transport was necessary. I lived on the Place des Vosges in the Marais quarter of Paris. I nice flat quartier, perfect for cycling.

Stealing a bike hadn’t occurred to me. Three of us were trying to get home on one bicycle, difficult after a big night out. A junkie (AKA bike thief) saw three of us stumbling. The junkie asked if we wanted to buy another bicycle. As I was driving back to Paris the next day, I thought it a very wise investment. The junkie paraded the bike in question asking for 25 Guilders. Dam, I’d just spent my last 25 guilder note on a herbal souvenir. To stall, I said I liked the bike, but would prefer a model in green. I knew full well how desperate he was to sell and that it was not as he mentioned; a bike he bought for his girlfriend who dumped him before he had a chance to give it to her. He asked me to wait a minute, while he searched for a green one. He foolishly left the brown bike in my care to fetch the green one. This was my big chance.

“Patrick get on!” I was off, Patrick was not on, but I was off. The seventeenth century engineer who dammed the Amstel and designed the canals did not have my get away plan in mind. I grew up in strict grid style urban planning and the circular pattern of the canals had me beat and lost. I had no idea where Patrick, Robert or the bike thief were. It’s a little hard to flee if you aren’t aware that you are going around in circles. I was desperate to find Robert or Patrick and not to find the bike thief. As luck was not on my side this thieving occasion, it was the thief I found first.

“Oh hello, I was wondering where you got to.” I said attempting innocence. He was cross, I was scared and lost. With Dutch courage I said, “well come on, from one thief to another you must give me brownie points for trying.” Fortunately, this amused him and I confessed to having just spent my last 25 guilder note on a ‘bag of herbs’. Cutting his losses, he agreed to barter the bike for the herbs. To satisfy his need to punish me, he explained that I was a very naughty girl and therefore I wasn’t allowed to have the green bike. I was soon after riding the Rue du Rivoli on my beautiful brown bike.