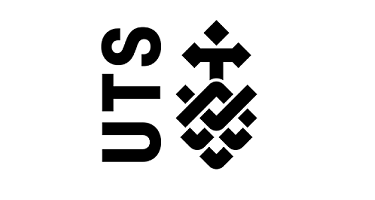 I tutor a seven-year-old once a week.

‘So, you know how there’s lots of numbers?’ I said.

She wasn’t sure if I understood. ‘There’s lots. Like this.’

She ran around the living room in mad circles, narrowly missing the edge of the couch with her elbow.

‘What are you doing?’

‘I can tell.’ It took significant effort to swallow a smile. ‘Can you come back here, please?’

She returned to her seat beside me with a bounce.

‘So,’ I continued. ‘There’s lots of numbers– you don’t need to get up– but all of them end in one of these.’

I gestured to the paper in front of me, where I’d written the numerals zero to nine. The kid got onto her knees on her seat to get a better look. She is just over a metre tall and has round cheeks big enough to hold two emotions at a time. She fell against the back of her chair, still staring at the numbers on the page.

I think, on a rational level, that I know what infinity is. The numbers, they just…keep going up. And, simultaneously, they keep going down. Its definition can only be bound by the idea that infinity itself is boundless. It is just a simple never-ending-ness. On a superficial level, it’s not too hard to get.

I paused for a second. I hadn’t been prepared for blatant refusal.

‘We can check if you want.’ I picked up my pencil. ‘Give me any number.’

She leaned back and looked at the ceiling like there might be some good numbers up there for her to pick from. When she met my eyes again, her expression was sharp, challenging.

‘That ends in seven.’

I pointed at the 7. She looked at the number like it wasn’t supposed to be there. Then she looked at me. In total disbelief, she uttered:

But, you see, on a different level entirely, I don’t get infinity at all. What do you mean they just keep going up? How can it– what do you mean it doesn’t stop? That’s the stupidest thing I’ve ever heard. It has to stop. And yet: it doesn’t. Space is infinite. We live in an infinity. That’s…maybe you don’t understand why I’m losing my shit here. Have you ever been to a crappy party where everyone was drunk except for you?

Our entire planet is just one sober person in a universe of drunk people having a senseless time.

I interrupted her. ‘That ends in zero.’

When I tutor this kid, all the light goes soft and easy. Time passes predictably. I help her to do sums in her head and it feels like we’re the only people in the world. And I can tap my knee and look out the window while she does five minus three and nothing outside looks out of the ordinary.

We are sitting on a rock with a convenient climate surrounded by a literal infinity.

The kid added cat ears to the last zero. She looked up from her paper to check if I was watching.

But if we’d done that, we wouldn’t have shit like the number one-thousand-and-kitty-cat. And that’s funny. It’s batshit hilarious.

One-thousand-and-kitty-cat is worth infinity to me.