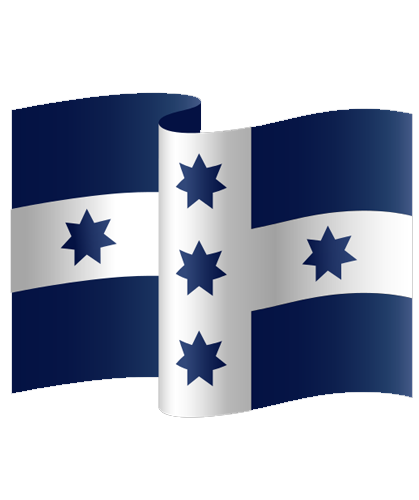 Immortality is a gift

Immortality is a gift! They say. Living forever would be amazing! They say. It is not like this at all, I’m positively over it already, and it’s only been 200 years. Of course, I get to keep my youthful body, and try all the things I want to, but then what? I’m bored as hell. And I’m not going to stop trying to figure out ways to die. If I break the curse, I die, but of course I have no idea where to start with that. It looks like I’ll have to hire someone, maybe a pair of fresh eyes would help. This is what has brought me to a prison, to find my new best friend, a murderer. As a cover, I say I’m a forensic psychologist, hoping to interview some of the worst inmates they’ve got. I interview a few, but all have suggested things I’ve already tried. When I get frustrated, one of the inmates asks me why I am really here. Of course I tell him the truth, thinking he’d laugh. Instead, he leans in and says in a gruff voice “I know who you’re looking for... Frank.”
I stare at the man for a long time before he continues.
“He kills immortals, but he has no proof they were immortal, that’s why he’s in here.”
So my whole life has been leading up to this... a man named Frank has to kill me.
When I do eventually interview this man, he grins, in a kind of sadistic way. He says he has a process to killing immortals, and if I break him out, he will gladly do the favour and kill me.
I begin to plan straight after I leave the prison, I could probably just walk in and allow him to use my as a human shield, however, I’m not superhuman, I still feel pain, and get injured, I just heal very quickly. And how will I get in? I don’t have superhuman strength. But I do have my wit. I just need to trick everyone.

Later that night, I hop out of my car and stalk towards the gate, the big fences looming over me. Before I get too close, I pull out a knife and stab myself a few times, throw the knife into some nearby bushes, and stagger towards the prison. I’m stopped by a security guard.
“Visiting hours are over…” he trails off. “Are you okay?”
“Please,” I hold out my hands that were covering my wounds. “I need help.” The security guard begins talking on his little radio. I need to get into the in-prison hospital before my wounds heal up, I should’ve kept that darn knife. They strap me to a gurney, and rush me inside. Before they try to put me under, I’m shouting.
“One of your prisoners escaped! He stabbed me!” I holler. This immediately sends guards out of the room, and everyone into a panic. They cut my shirt open, to reveal so much blood covering my body, but cuts healed so well they may as well just be scars. Two doctors look at each other, probably wondering if they were dreaming. I free myself of the restraints and attack them both. Okay yes that’s a bit extreme, but when you live as long as I have, you tend to really not care – but for your sake, I won’t go into the gory details. I dash through the halls, glad that I know where the visiting rooms are, knocking out a few guards here and there, taking their tasers and a key card – yes, I’ve had experience escaping a prison before. I reach the visiting rooms, and swipe a key card beside the door, and it glows green (lucky me). On the other side, Frank has already broken out of his cell, just to save me some hassle. His eyes are wide, looking down at my ripped, blood covered shirt and torso.
“Oh no need to worry Frank, I’m immortal remember?” He nods, and has that crazed look on his face again. Now the hard part is getting out, a lot of officers will be outside looking for the man who ‘escaped’, but a lot will be heading further in the check cells so they know who they are looking for.
“How good are your fighting skills?” I turn to Frank.
“I’m a strong man, but I’m a bit slow at dodging.” I smile at his honesty, and hand him one of the tasers I picked up.
“Use me as a shield where it is necessary.”
The hallways are surprisingly quiet at first, but then a group of guards rushes towards us. We take them on, using the tasers and our fists. Probably the most thrilling fun I’ve had in a while. The rubber bullets hit my skin, causing agony, but I had to keep moving. The doctor’s may have assumed what I was, or maybe thought they were really tired. But if I was caught now, I’d be poked and prodded for eternity, being passed from one scientist to the next as soon as the first died. Eventually we run again and make it through the front doors, taking out anyone in our way. They’ve locked the prison down completely now, the gates to get in and out of the carpark. We rush to the gates; however, it had been a few decades since I’d escaped prison, and technology was being updated every year. My eyes locked on the guard’s, he looks so very afraid. I didn’t want to hurt him, because he called for help when I was presumed dying, he seemed to be a good man, and by the cigarette stains on his teeth he probably didn’t have that long to live anyway, so I just knock him unconscious. I hastily unlock the gate from the security guard’s chair, and Frank and I rush into the night. I had never felt so free… perhaps I didn’t want to die after all?