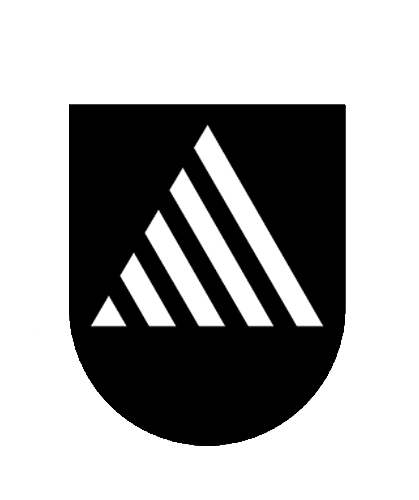 
It’s the start of summer in Sydney. The smell of Aerogard wafts up my nostrils followed by a hint of coconut that drifts in on the warm Northerly. I’m at Manly beach, North Steyne toilets, where grimy red paint is peeling off like the skin of an English backpacker to reveal an even grimier shade of pink. A dingy yellow light bulb glows faintly, divulging three showers, each with their own mini sand pit, amassed from a battalion of near naked beach warriors. A forgotten bikini bottom lies on the grotty tiles, curled up like a dead sea snake, a welcome mat to the one toilet cubicle.

Pirouetting around the wet sand, I’m on tiptoes as I pull down my denims. The surf roars, awaiting its prey. I timidly roll up my t-shirt, breathing out long and hard. Then I stick my feet into my black neoprene rubber battle gear and inch it over my body. I step outside to meet Garth, the surf coach. He points to the waves, mini explosions of white froth.

And so my addiction to surfing is born.

It starts off at just one surf a week on the eight foot blue foamies but it progresses quickly and within six months I’m surfing every day. Up at 530 am and down to the beach at seven. My weight drops. I get in late to work. I hang out with new friends, and I swap my stilettos for Havianas. Everything is “sick”: sick board, sick waves, sick wettie. I paddle out with kooks, brazos and seppos. I know the rules. I know the hierarchy. Shortboarders rule. I know who I can and can’t drop in on.

“You’ll never ride a short board,” says Garth. Within a month I have my first triple fin short board and my goal is to get shorter.

Every morning I check Coastal Watch and know where the swell’s coming from, the number of seconds between sets and from which compass point the wind’s blowing.

Out here in the ocean, it’s another world – a world of nature, of fish, of fins and spouts. There’s a slogan by one of the surf company’s ‘only a surfer knows the feeling’. It’s spot on. You see your wave coming, a perfect A frame and you paddle, you paddle hard and then you’re up and riding. Down the face you zoom and along this body of water radiating a mystical energy which pulls you along. The wave peters out and you want to do it again and again. When you begin, it’s enough just to stand up and go straight, but then you want to turn left and right, cutback, do a floater and an air, pull in, rip spray, switch foot and more. The conditions are always changing: off shore, onshore, low tide, high tide, mid tide, close outs, barrels, point break, reef break, beach break, shoreys. It’s endless.

I move my office from a ‘Western Suburbs Hyde Park’ view to hard core Manly, a two minute jog to ‘Playgrounds’. Surfing infiltrates my job as a travel PR. Media trips now become surf media trips with legends whose names are revered by the local crowd, sacrosanct Poseidons whose skill is unmatched by us weekend warriors. I surf with them all, from rock offs in front of O’Dowd castle on the West Coast of Ireland to cut backs with cricket legend, Jonty Rhodes, at his home break in Durban. I’m so enthusiastic about my new sport I spread the word with the tenacity of an Indian call centre. Board meetings are de rigueur and on Friday afternoons my staff has free surf lessons.

When there’s no surf, there are surf movies: Blue Water Crush, Big Wednesday and the ultimate, Point Break with Patrick ‘Bodi’ Swayze and Keanu Reeves. Point Break teaches me that to be a real surfer I have to jump out of a plane.
So I book the jump for my thirty-ninth birthday.

I force my husband, David, to come and tell my tandem instructor, Ray that David can jump first. I might need someone to grab onto on the way down. Ray gives me some sick advice,

“Trust me, it’ll be epic, just scream and yell as much as you can in the free fall.”

He shouts this at me over the propeller din. I’m attached to him and he’s pulling the cord. Trust was never a strong point with me but I’m channelling Bodi now. I’ve booked a photographer too. I need evidence. I tell the photographer about my Point Break fantasy.

David’s up. He throws himself into the arms of fate.

It feels like suicide as I leap out of the plane. I flip over into a double somersault. My eyes are closed but I open them quickly. I’m going to enjoy this. The surfing is preparation. If you panic in the surf when you’re getting smashed, you have one second of breath. I take a few quick breaths but then remember Ray’s advice. I scream. My words fly. The photographer is now next to me. His arm is around me. He’s seen the film. Forty two seconds later, a huge jolt and I’m floating down to the dried out paddocks of Camden like a junkie coming down from a high. My feet hit the ground. David’s stomping towards me. He’s minus one shoe. He tells me, he banged his foot as he jumped out.

That evening, at my birthday drinks, everyone wants to see the evidence. David won’t show his at first but after the ‘oohs’ and ‘ahhs’, David brings his DVD out. We see his face contort like Jim Carey in the Mask.

“I thought I was going to die. I couldn’t breathe,” he says.

“Should have learnt to surf,” I say.

Sorry mate. We’ve only got one other worker on today and he’s the one with the frontal lobotomy. Just let him out during the day, they do. Do you really want the beans? No. I’d go somewhere else too.

Hey Jesus. Come here will you? Can you spot my register? Yeah I’m going for a piss.

The shitter’s outside and down the stairs. This is some classy supermarket stuck out the back of Woop Woop. The fanciest stuff you get here is your Sara Lee apple pie for $9.95 - fucking rip-off that is. That pie must be out-of-date by now.

Pete, you paedo. Come here. He pulls his hand out like it’s hit a hot-plate and saunters over. He’s got his grey hoodie pulled up over his head and his pants are hanging off his arse.

I hold the door of the disabled dunny open. Pete’s not disabled but there’s not much up top. It’s hard to get a word out of him. I lock the door. Pull it out will you?

He pulls it out. That’s what I like about Pete. He does as he’s told. It’s huge. Cheech and Chong size – almost. I light it up and suck back hard. Another long toke and then I hand it to Pete. Fuck, this is good stuff.

Bang. Bang. Someone wants to come in. Fucking put it out, I mouth to Pete. I pull the deodorant out of my bag and start spraying like it’s a can of Aerogard and we’re in the tropics. I hold my finger to my mouth. Ssh. I don’t want Pete to let fly with his words. We’ll get busted for sure.

Whaddya want? I call. A leak, comes a deep voice. I let out a deep breath. I thought it was the cops or something. Sorry mate, I’m gonna be a while. I gasp for air in the stench of Midnight Musk. I take the joint off Pete and light it up again. See ya tonight, I say, as I blow smoke into his face and then slip out the door. I spray some more deodorant over my uniform, my arms and on the top of my head and then pull out a chewy and head back to Alcatraz.

There’s Jesus standing at the register, straight as a post. Who stands like that? I laugh and he turns around. Hey Jesus. Won’t be long. I run down to Dairy. Margarine. Butter. Cheese. Babybels. No one’s here and there’s no cameras in this tight-ass supermarket. I rip open the netting and the red wax cover of the round little cheese and shove it whole into my mouth. Creamy cold gloop. God it tastes like heaven. I shove four more down. Fucking bitch customer comes around the aisle. I leave the Babybels. I’m still starving. I pass the freezer section and there it is. The fucking Sara Lee apple pie. I can taste the apple. Sweet and gooey. I’m salivating. Out it comes. I rip open the side of the cardboard and stick my hand in to pull the goddess out of its covering. I’ll just have a bit. I stick the frozen pie into my mouth and put the box back in the freezer, turning the ripped bit to the back. I’ve swallowed a fucking iceberg.

I hear Jesus’s voice on the microphone. Sherri Bung come to the register please. What a wanker. I head back pulling a packet of chips off the shelf. Salt. Crunch. Fingers. Lick. Suck. What are you staring at Jesus? So my whole fist is almost down my mouth but fuck that salt’s amazing.

You wanna go out with me?

To fucking church? I bend over almost farting out the laughter. Yeah. Yeah why not?

I wonder what sort of bread and wine they have there. I think they do supper as well. At least I’ll get fed, unlike at home.