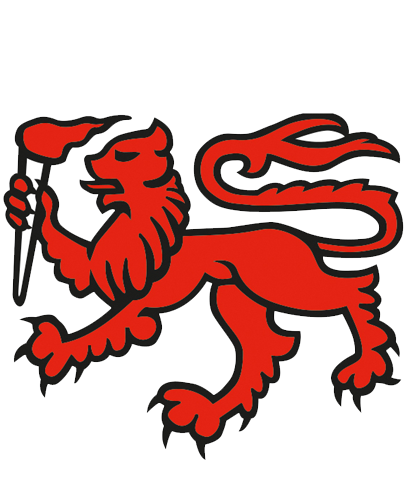 No Beer on a Dead Planet!

When she was small, Hippolyta had a habit of walking to the cupboard, opening the doors, and forgetting which snack she wanted. This was particularly disappointing not because there was no snack, but because there was no longer an objective, and that is very annoying. There is nothing quite so disappointing as opening a door and seeing a very different reality to the one we had presupposed.
And so it was again.
Sunlight demands the opening of eyelids, cold metal insists on ribs being lifted from the bench, rain politely asks everyone to get a move on. But where is everyone? Now that they are open, her eyes feel an obligation to do something, and decide upon looking around. No one greets her.
“Hello?” she tries, but her dry mouth allows only a raspy noise, like an old man waking from a very long slumber.
The street replies easily with unforgiving silence. She resembles a thoroughbred before the starter gun; her hooves press into the burnt mud over and again, faster and faster, her eyes red and wild, lungs snatching for air. Her mane ripples behind metal bars and her heart remembers the pain of the run. The dark twists of her hair stretch the scalp beneath, each coil bouncing as she screams to be noticed. Oh, her head…
After several intense minutes of running, screaming and crying that deserve no great description, she collapses clumsily back down on the bench. The minutes she wasted have scribed within her skin the signature of wreckage brought on by human idiocy; dust, dirt and despair. They weigh heavy on her. For now, she is unconcerned by the nucleus of human suffering enveloping her. The bar behind her still seems to be connected to power. Strange, she thinks, but ok. A glowing sign in front of it:
No Beer on a Dead Planet!
But she does have beer. Well, vodka, but it’s in her clutch. She goes to pull the gold chain off her shoulder, but her velvet dance partner is all that remains, one spaghetti strap already fraying. If not on her shoulder, then where is that ludicrously expensive accessory? Hippolyta’s eyes dart from rubble pile to rubble pile as she retraces, remembers. She slid it over her silky shoulder in her room, wore it to the bar, played pool and lost it, the hot girl with blonde hair found it. She… Hippolyta can’t remember. Shit. Maybe hindsight isn’t exclusively 20/20. Ok, who else? Her friends? Where were her friends last night, other than sliding drinks and bad ideas down her gullet? Where are her friends now? It would be nice to recount her screaming their names but they’re all quite uninteresting so I suppose we’ll leave it.
She waits for the gun, tense. Think Pol, think… Then, yes! They’ll have phones, I’ll call them! Again, she searches for a misplaced lifeline. Her belly misses the bottom step. Her phone is in the clutch, and that remains the essential lost thing. Finding the clutch means finding her friends as well as vodka. Necessity is the mother of invention right? And I need a plan. It’s not until the worst has happened that a person comes to understand if not for our friends, we would just lie down.
She lifts her weary existence off the bench, stands once more, and wonders where to begin the hunt. This is difficult, since every landmark of her city seems to have been lost to war. Is this war? She remembers what war looked like on screens. Well, what else? The voice of reason is a terrible backseat driver: But then, where are the soldiers? Where is everyone? She is back in the starter cage. Where is anyone? Where am I? Her mane tosses and her feet prance as she screams
“How the fuck is this happening?” as loudly as she can.
Desperate for the release of gunpowder, she tries again, “Why is nobody answering me?”
But no one cares to explain.
The velvet dress is short and red and hugs her legs. The broken pub window reflects a version of herself: a smooth skinned mare in an agitated stable. Bruises admit the heels were higher than her paygrade, she bends down and massages the balls of her feet ruefully. Now she is eye level with the bottom of the pub door and notices a pair of Nike sneakers sitting outside, how fitting. She switches shoes, dipping and recalling her feet as she goes to avoid glass, wishing she had socks. She wants to preserve her high heels but there’s nowhere to keep them safe. There never is. For fuck’s sake.
She begins her search for the clutch. It’s not in the pub, not outside, not down the street. Time slows and slips in a frustrated haze of panic; the kind where you cannot stop until the lost thing sits in the palm of your sweaty hand, finally safe. She is frenzied again, head lashing, locked in perpetual readiness for that gun which never fires.
And after all that, despite the frickin war, the clutch is untarnished under the bench on which she awoke. Of course. Of course. She is so unnoticed, no one can have the decency to steal from her, even now. Gripping the clutch so tight her knuckles threaten expulsion, she opens it with a huff. It is stuffed with a flask (the pungent smell of regret), lipsticks (three of them), tampons (someone in the bathroom might need one), her phone (no cars available right now), an empty wallet (there is no care for filling it), and a rape whistle (she is a woman).
But none of those things are very important now, really. The phone is dead and the lipsticks are mush. The tampons are already soaked through but with dust, her driver’s license mocks her from inside her wallet, steering normality tantalisingly close to her receptive grasp. But it’s worthless. She’s no one.